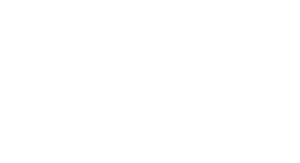 Disney strikes back at Scarlett Johansson’s Black Widow lawsuit and shares some new information. According to Disney she is receiving a part of the monies earned from streaming….who knew! Also on today’s show I update the Britney case (before her fathers leaked petition was made public) and what the heck happened with Only Fans.

The Gabby Petito Case Timeline and Cause of Death

Thank you to our sponsor Betabrand for 30% off visit https://www.Betabrand.com/lawnerd or use code LawNerd.Gabby Petito’s family has created the Gabby Petito Foundation to support in finding missing persons and support victims of Domestic Violence. Please consider a...

We know from leaked court documents in multiple documentaries that Britney has been fighting behind the scenes since the beginning of her conservatorship. On June 23, 2021, Britney Spears spoke in open court from the heart. She wanted the world to hear her, and the...

James Spears is embedded in the Britney Spears conservatorship like an Alabama tick. Britney’s lawyer Rosengart refers to James Spears' efforts to remain as lingering, I see it as a festering. Either Way the writing is on the wall for this Conservatorship and having...